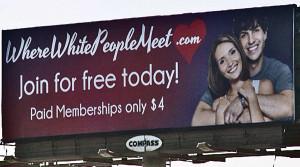 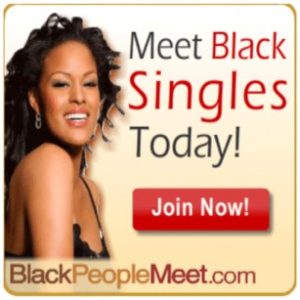 Rant of the day…

I’m not a TV watcher, when I do watch the boob tube I tend to lean towards news shit, like 48 hours and I really dig Forensic Files (I fucking LOVE science and how the bad guy gets caught, makes me feel all warm and fuzzy inside)

Anyway, yesterday I caught a small portion of a show called “The View”.

Now I have seen bits and pieces of it over the years, mostly clips of obnoxious Rosie O’Donnell arguing with the irritating chick that used to be on Survivor, Elizabitch Hassellbitch but I’m not a regular viewer.

After what I watched yesterday, I’m not quite sure if I will even watch a clip again.

I have always really liked Whoopie Goldberg. I think she is funny as shit, and the bits and pieces of The View I had seen in the past made me continue to believe she was funny as shit.

Until I saw what she had to say about Bill Cosby and all of the women he has assaulted.

She really should have shut the hell up then. I was pissed at her because she kinda inferred that Fat Albert, aka Dr. Huxtable, aka the jello man was not guilty of anything even after court documents showed he admitted giving women drugs so he could try to have sex with them.

Anyway, yesterday, she talked a bit about a dating website called…”White people meet”.

My first thought when I saw it was “You have seriously got to be kidding me”, “Does this kinda shit really exist?”

I thought it was disgusting and ridiculous and I wondered if the people who sign up for it have profile pictures wearing the pointy white hats and white sheets, standing in front of burning crosses, ya know?

I didn’t get to see the entire segment and exactly what was said, but it was clear that Whoopie was none too happy about it either.

Then I set my racial outrage aside and started thinking…

Did you know there is a “Black people meet” dating website?

And an Italian one, Korean and Mexican to name a few.

Kinda pisses me off.

Here I have been raising my kids to understand that we are all the same, that color and race do not matter, even though both of my kids have been called “whitey”, “cracker” and “racist” because they are white.

Each time they have come home and complained to me that they are called these names by other kids in school merely because they are white, I tell them that it’s a shame the kids calling them names are ignorant and that maybe the parents have taught them to be ignorant.

But let me tell you, Whoopie is part of the problem .

How can you call out a website and infer and/or call it racist but “Black people meet” is not?

People are gonna think and believe as they wish, but I’m tired of this damn double standard.

Shut up Whoopie, and stick to being funny.

How can people ever be equal if ya keep singling your race out as separate?

Listen, I tried E-harmony, Match, Plenty of fish, and OK Cupid and I have given my opinion before on all of them in a prior blog about dating.

Now that was just my experience and my opinion. But I tell you this:

They had White, Asian, Black, Hispanic and Arabic men. They had old, young, thin, stocky, tall and short.

I did not seek out or respond to men based on the color of their skin. Having a separate website for different races or colors just puts us back into the days of segregation and I don’t fucking like it at all.

I’m an Irish chick…If I would have only responded or looked at men who were Irish, I never would have met any of the nutjobs I did, and let me tell you, I met several freak shows that made for some seriously funny stories.

I also never would have met Mr. Wonderful if I had limited myself. He’s a Scottish Heinz 57.

Whoopie still needs to really shut the hell up.

Cats, kids, divorce, dating, friends, wine, whining, bitching, moaning, cursing and finding Mr. Wonderful. Love life, love to laugh and sarcasm is a bigass part of who I am. You can suck it and go away if ya don't like it!

Ooohhh visit my "Cat Toys" for some fun shit for you...not for your kitty! Dismiss